Minne-Mama is on Facebook! 'Like' us to stay updated on our fun crafts and activities!
Thank you for stopping by!


This garbage truck play was a spur of the moment activity that ended up filling our entire morning! We were spending some time playing in the living room and after watching Skyler quietly make several laps around the room with his toy recycling truck, I asked him if he wanted to make a road for his truck. He looked at me like it was the best idea ever, so we quickly got out the black tape and started making a curvy road for his truck. Every time I ripped off a new piece of tape Skyler would giggle and say "Oh! Good one, Mama!" He had a great time helping me place the tape around the carpet to complete the road. 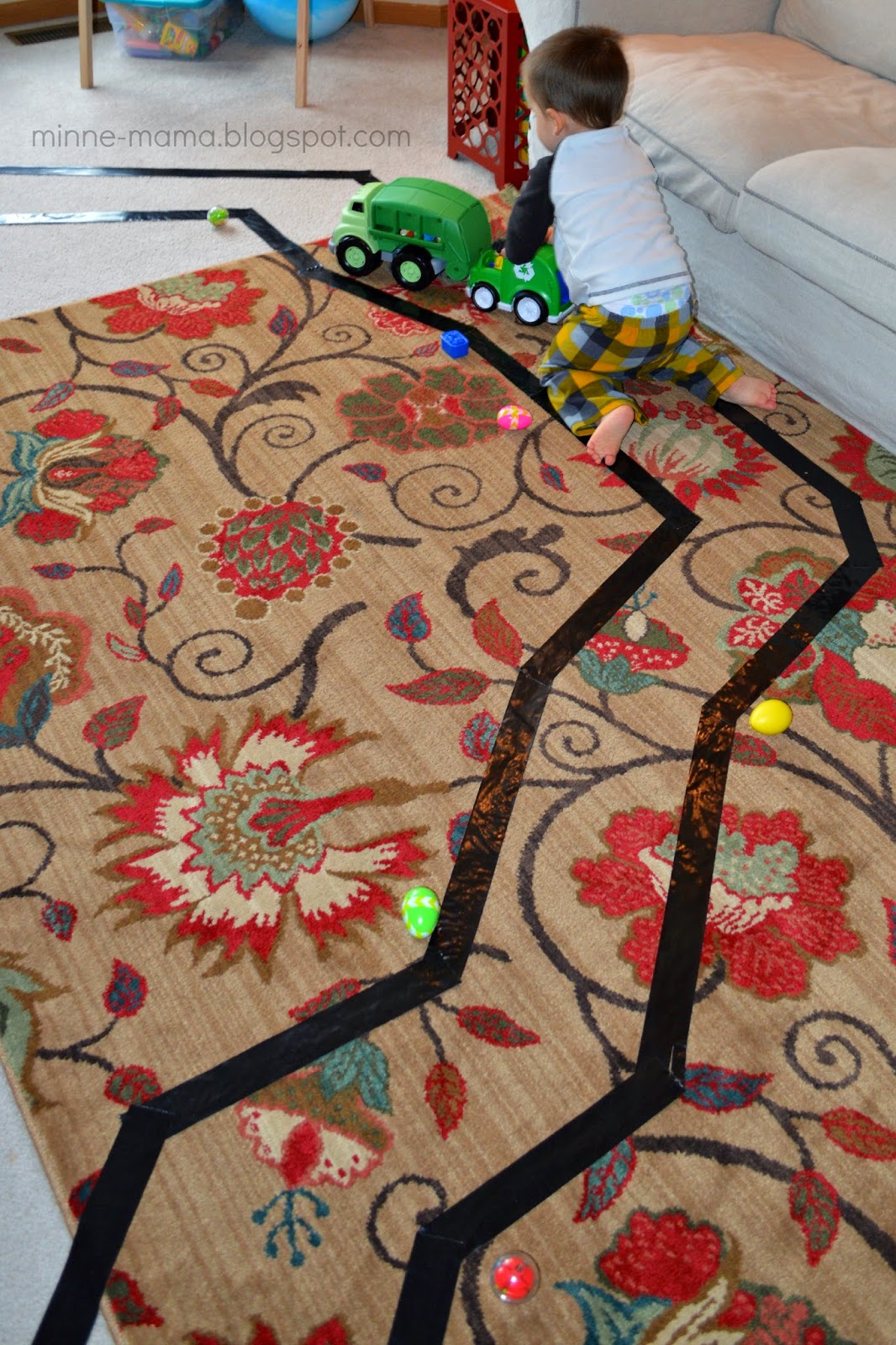 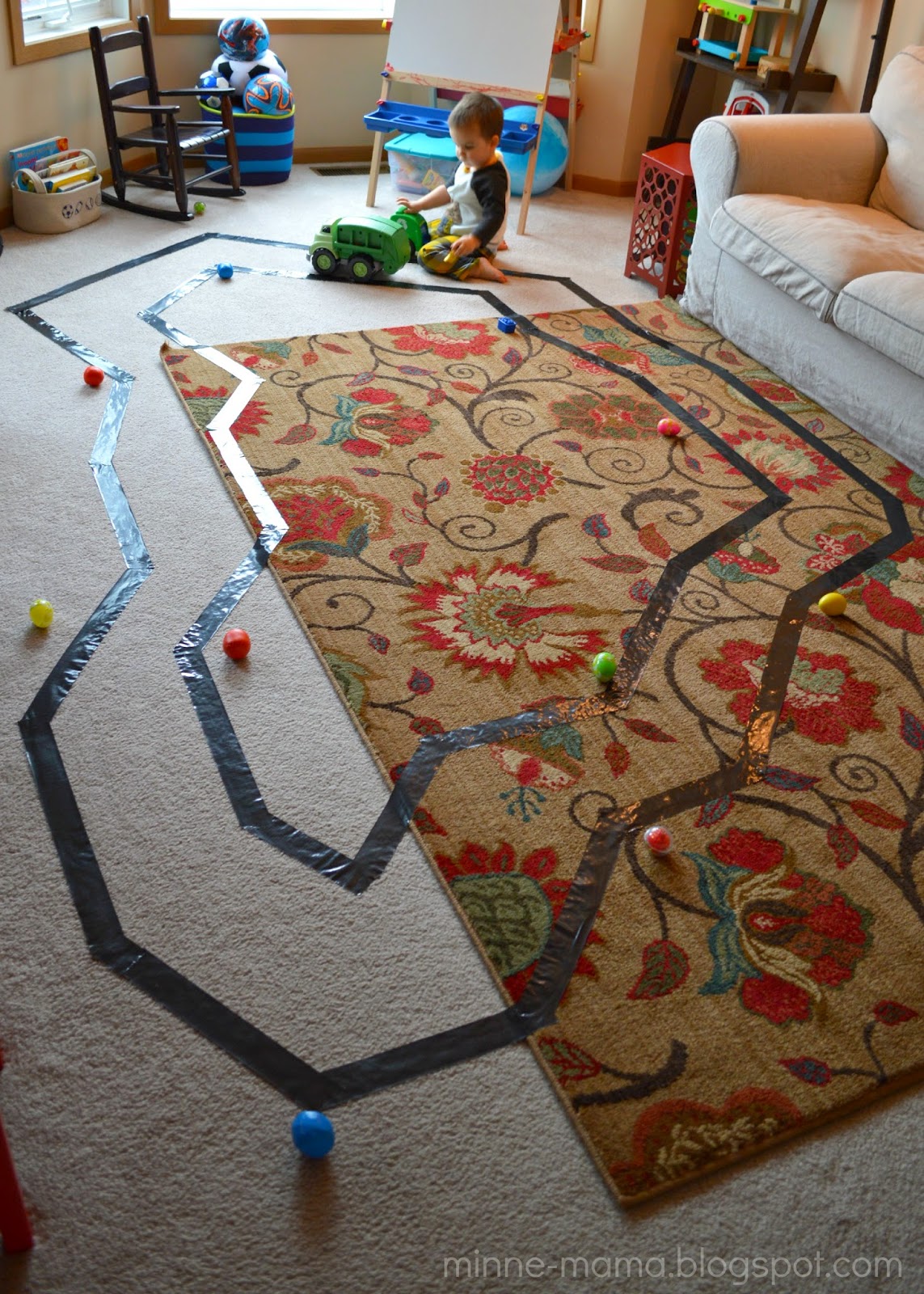 I grabbed a few small toys to act as the 'garbage' for his truck. We had been listening to his Kindermusik CD earlier in the morning and had to pull out all of his shaker eggs after the song "shake your eggs" came on. In addition to his eggs, I got some balls from his ball ramp and fabric block set, and we had plenty of garbage to set up around on the side of the road! 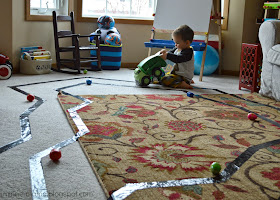 This activity was such a hit with Skyler! He drove his two trucks around and around (this recycling truck

from Green Toys is one of Skyler's absolute favorite toys!), stopping to fill the trucks with toys and then setting the garbage back up just to do it again. Every time Skyler looked at me he flashed me this huge smile. His very cheesiest - I love it!! 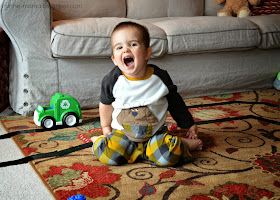 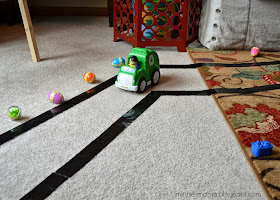 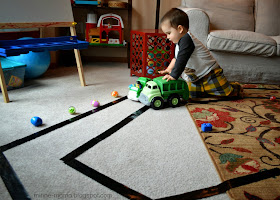 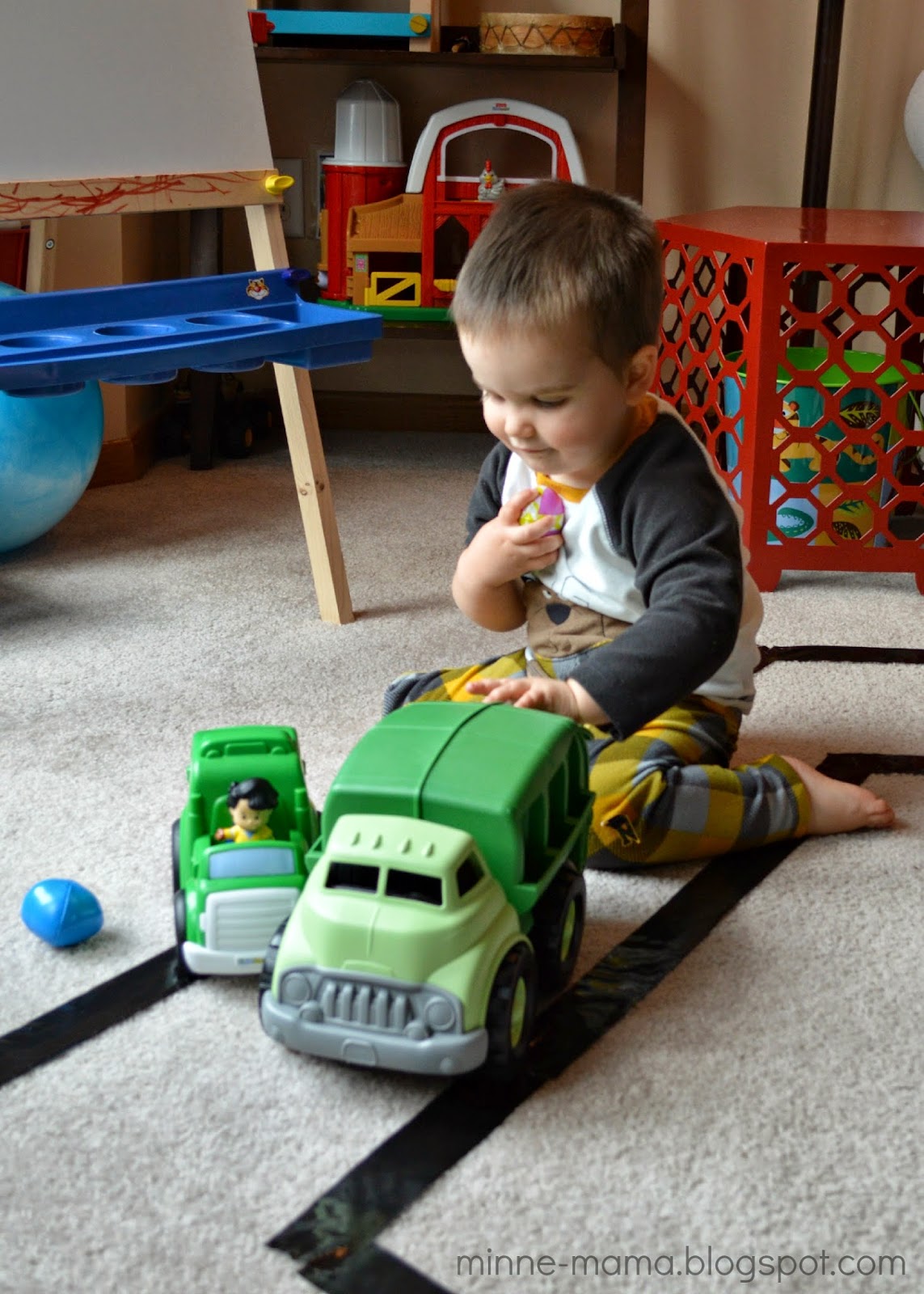 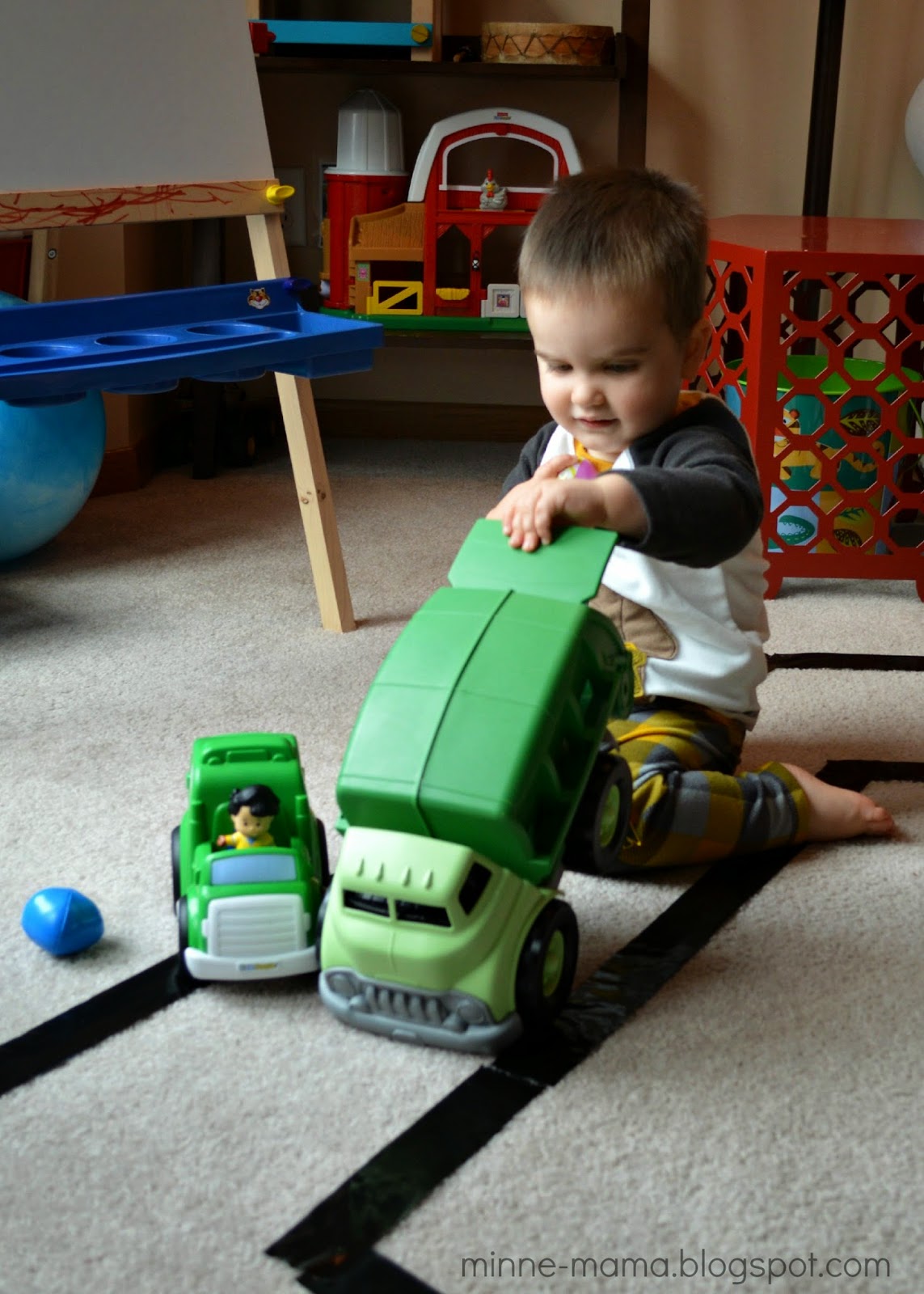 Over a week later, his black tape road is still going strong on the carpet! He just loves it!! This was our first time making a tape road, and I know it will not be the last. It is such a simple way to extend play time with his vehicles, which are Skyler's absolute favorite toys. The size of the road doesn't matter at all either. He likes it just as much with his small construction vehicles and wooden trains, or with his big riding train too. 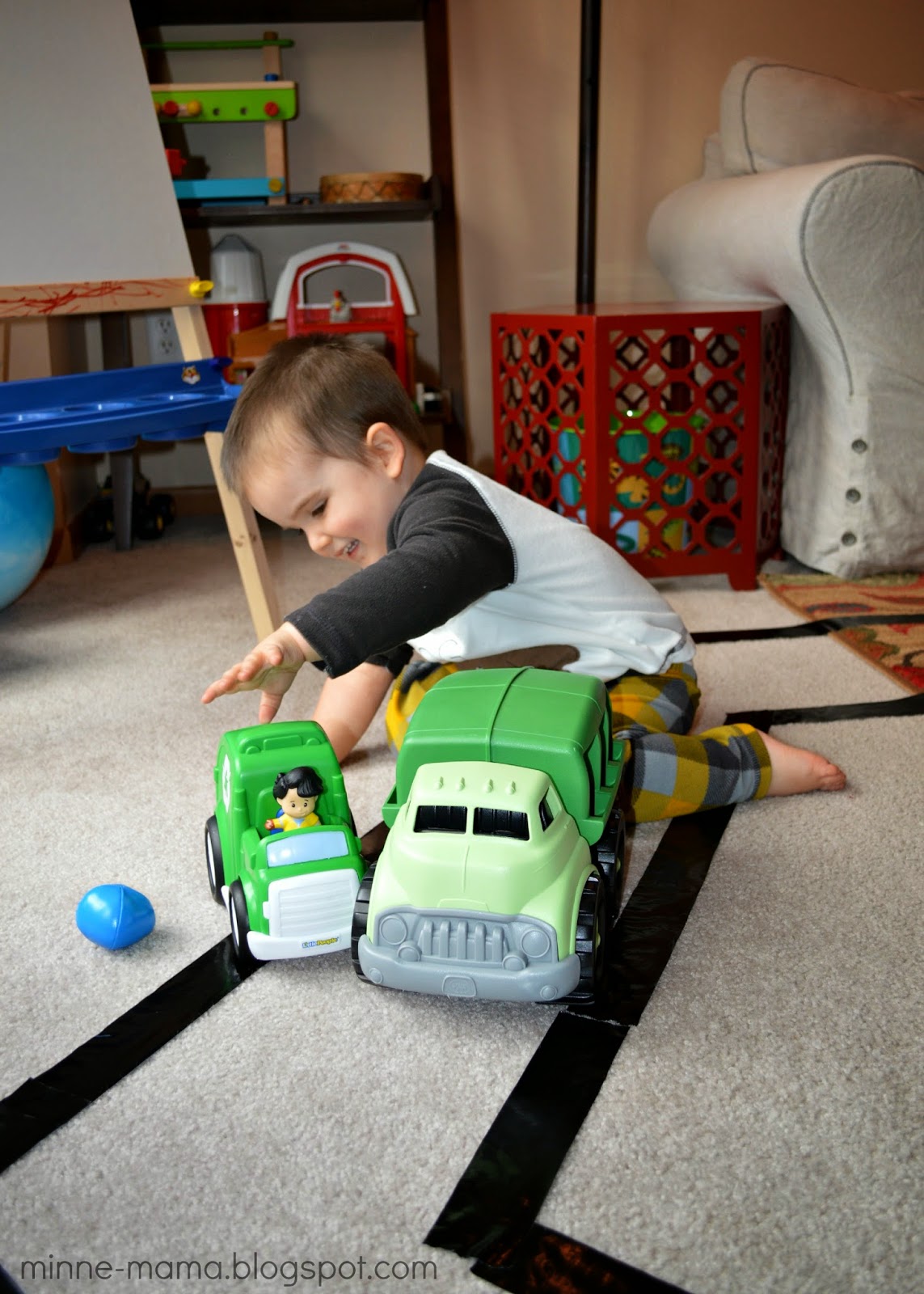 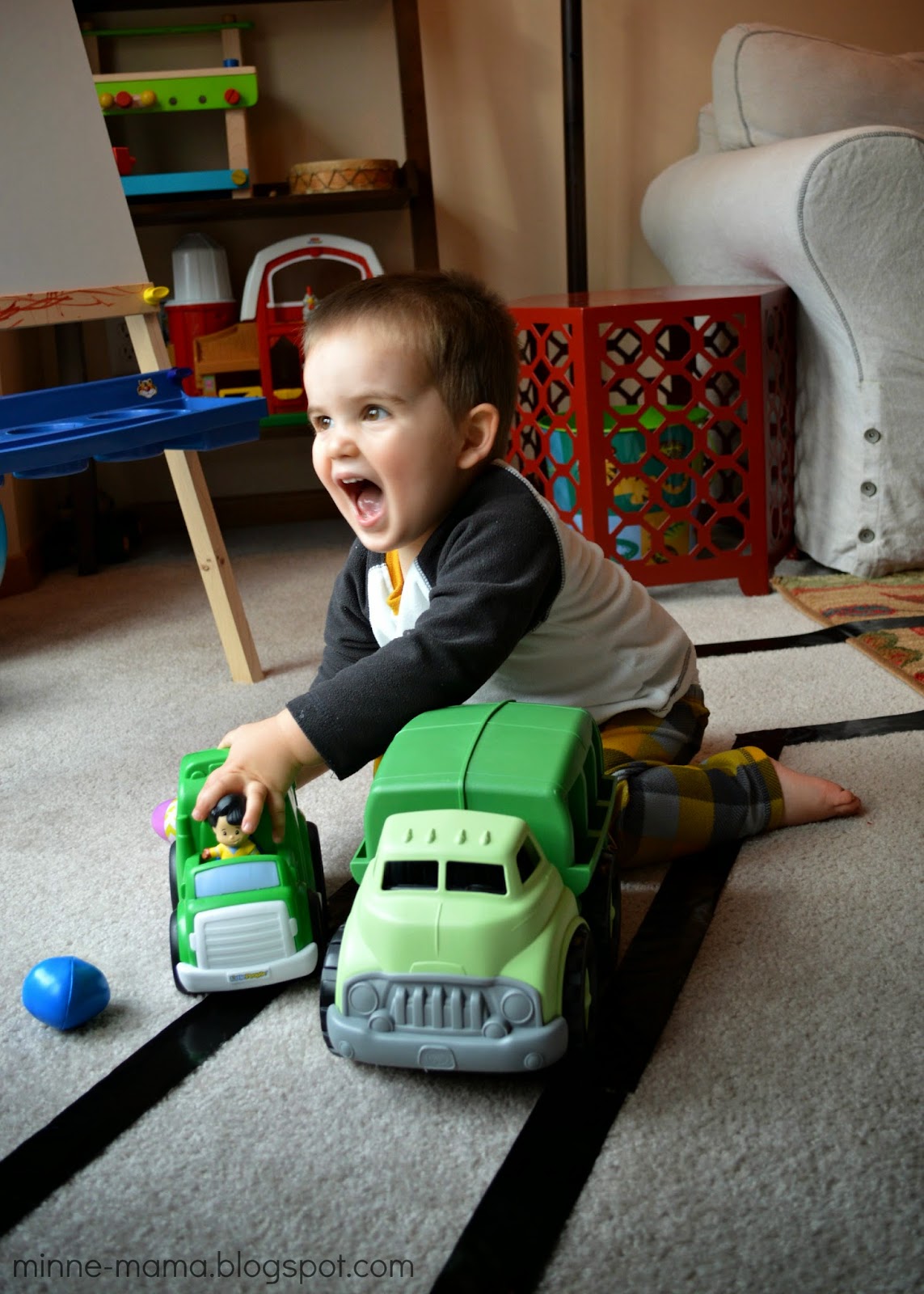 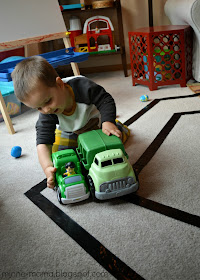 Such a fun morning with this sweet boy! 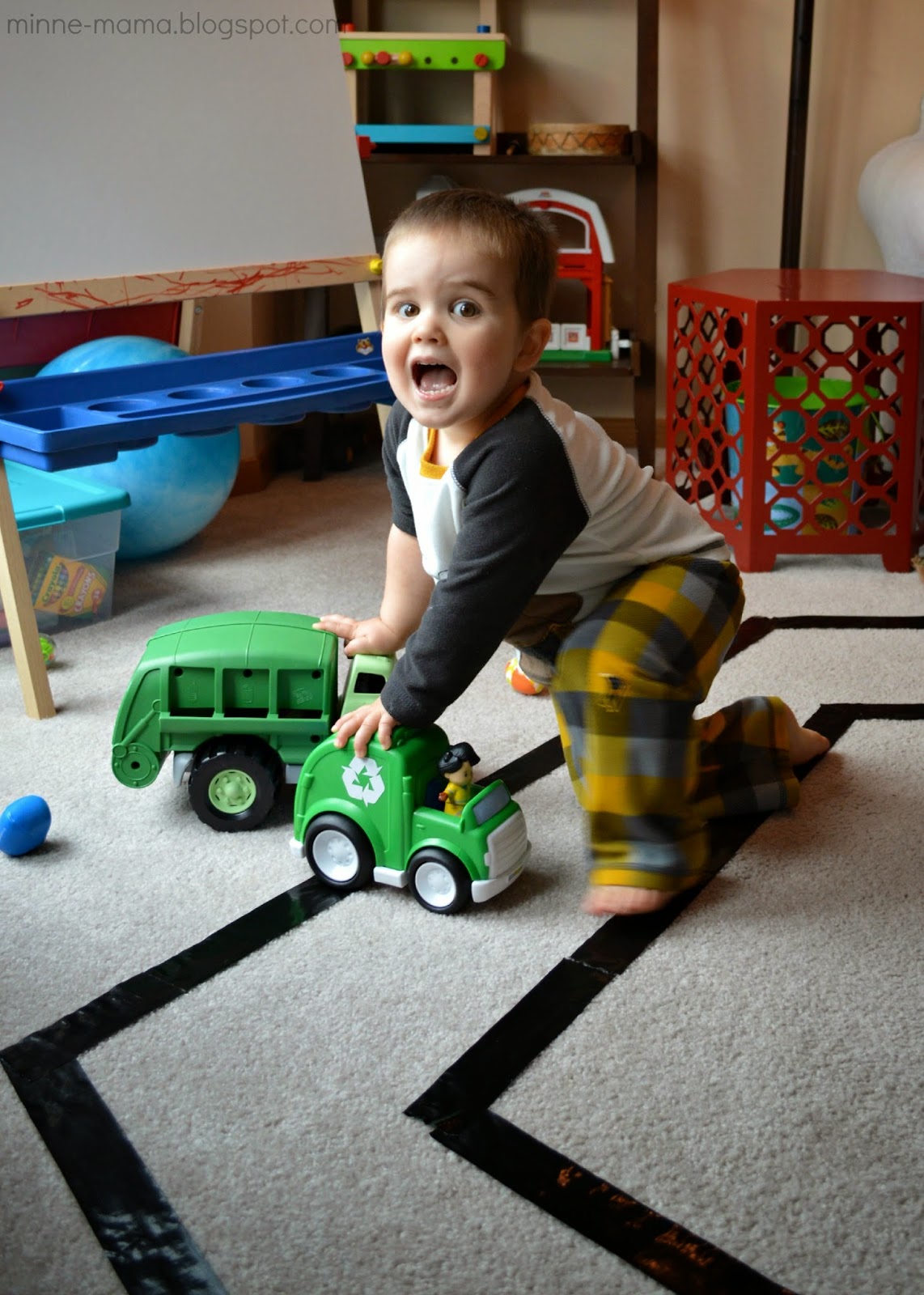 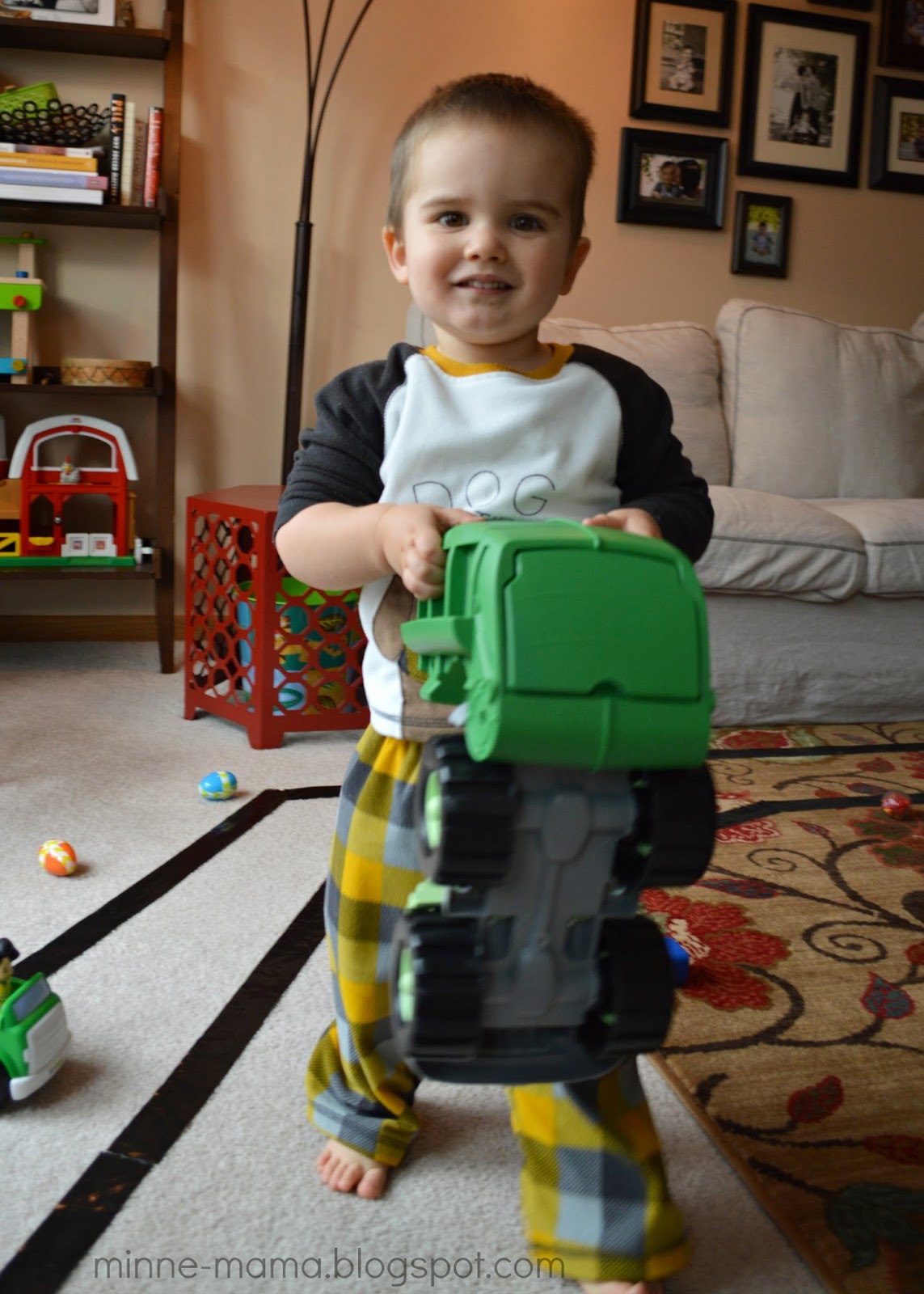 Watching Skyler carefully open his garbage truck and fill it with the toys was a lot of fun to watch. It is always exciting to set up an activity that makes him so happy. Especially when it was completely unplanned! Makes you feel like Supermom :) 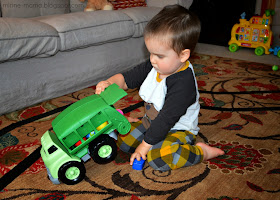 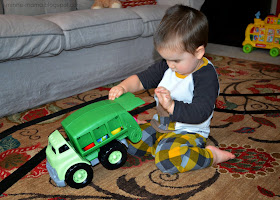 It couldn't have been a more perfect day to do this activity either. It was garbage AND recycling day, so we took breaks from playing with our garbage truck track to watch the real trucks do their job. Once the truck was done doing both sides of our street (Skyler's favorite part is when it has to back up to get out to the main road - the beeping is just so fun for a two-year-old!) he would quickly turn around and start playing with his track again! Skyler told me for days after playing this that he was going to drive a garbage truck like a garbage truck man! 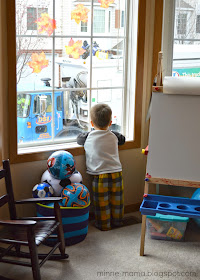